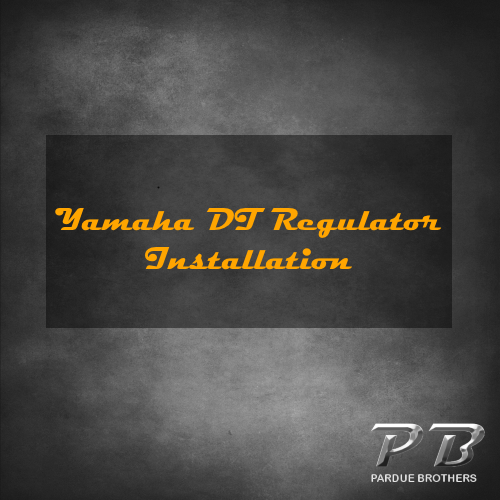 Recently we got an email from Josh, who was having problems with the headlight bulb blowing on his 1975 Yamaha DT400B:

“Hello, I am wondering if your Yamaha DT regulators might be compatible with my 1975 DT400B?  If yes then I would be happy to order one immediately.  Thanks”

We make plug-in-and-ride parts that are easy to install and durable.

Jon responded, asking for details about the DT. Suggestions were made to insure the problem would be solved by Jon’s regulator, and to assist Josh with assuring the overall health of the electrical system. Josh checked everything and measured Voltages following illustrations Jon sent, including checking the rectifier. Josh noted:

A few days later when Josh received his regulator in the mail, he had done some additional electrical system maintenance. Josh was able to get straight to the installation.

Josh really did a great job, and gave permission to share his photos with you here. Note he was able to fabricate a simple metal bracket and install the headlight Voltage regulator in the headlight bucket.

Did the install tonight and it seems to be working great!  Also did a few hot laps around the neighborhood, got the revs up, and could still see where I was going ten minutes later….which is about 120 times longer than any bulb lasted before.  Very excited.

Here are a couple of pictures of the install. 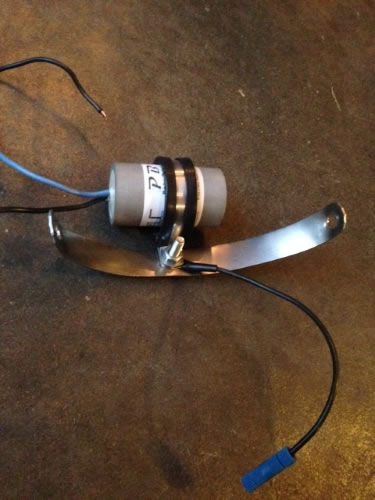 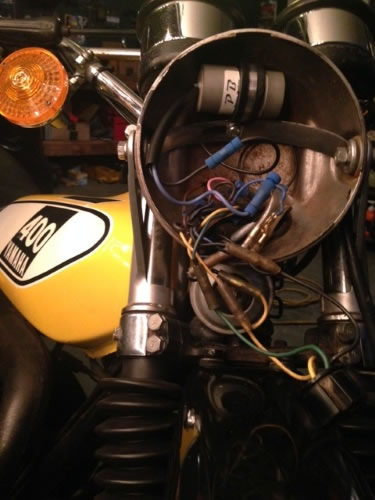 I made a little 18GA sheet metal piece to mount everything but I also thought you could possibly use that steel perforated plumbers hanging strap just as easily considering it already has the holes in it.  I would have tried it if I had any. No funky drilling of original parts necessary and everything tucked in there nicely. I did add a couple turns of electrical tape around the regulator to tighten up the grip of that adel clamp but other than that it was everything I hoped for. I really appreciate how fast you got it to me and we can’t wait to ride out to Mt. Rainier tomorrow!

A final photo of Josh and Angie’s ride out to beautiful Mt Ranier.

Hi Jon,  A quick bit of customer feedback.  Just returned from a 153 mile trip out to Mt. Rainier and your regulator is working great. Instead of spending the last few precious days of summer in the shed, tangled in a mess of crusty vintage Yamaha wiring, we are out getting dirty on our old enduros.  You are the man.  Thanks,  Josh and Angie

Yeah!! Success! These moments are exactly why Jon builds these parts to last.